My fellow rock climbing instructor friends and I spent the eve of the end of the Mayan calendar taking down old routes on the climbing wall and putting up new ones. Five hours later, my hips and legs were cramped, my fingers were filthy, and my leopard print pants were stained with chalk and resin dust. But it was a semi-success! I put up the beginnings of my first rock wall route, rated 5.6+, which I named ‘beginner’s delight’ (shamelessly cribbed from the Gunks). The plus refers to one ludicrously out of place side pull sloper, which has no place on a 5.6 climb. Matt will finish the rest of my masterpiece, and pull that sucker down. 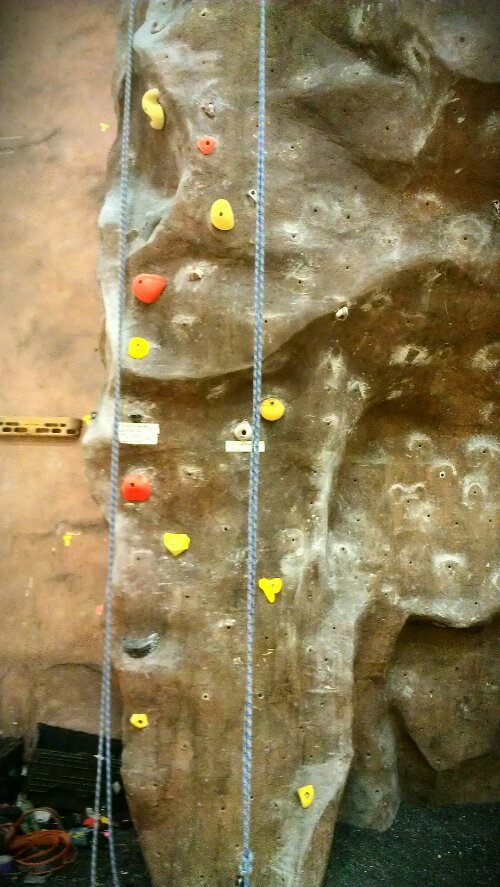 It’s hard, dirty work, but I wouldn’t have it any other way.