The best part of solo travel is that there’s never really an itinerary,  which makes it easy to get lost in the moment.
This is the kind of lost I relish; there’s time to navigate and find one’s bearings.

After the rain came and went,  I rented a mountain bike from T-Club on Jelsa and mapped out a ride along the coast of Hvar Island, towards Maslinica Bay, and ended up on Mudri Dolac.

The 4km ride from Jelsa to Vrboska was one of the most stunning I’ve taken: crystalline aqua water just begging to be taken a dip in against the backdrop of fragrant pine trees swaying in the wind.

When I’d arrived at Vrboska, i decided to take the more rugged route via a mountain bike trail towards Basina. Day two of solo mountain biking turned out to be a mini adventure as well, as I rode up and down hills lost in thought and unsure of how to get back towards the coast. A chocolate croissant purchased from the local patisserie and a sweet nectarine provided sustenance as i backtracked my way towards Vrboska,  spotting signs along the way, including this funny one: 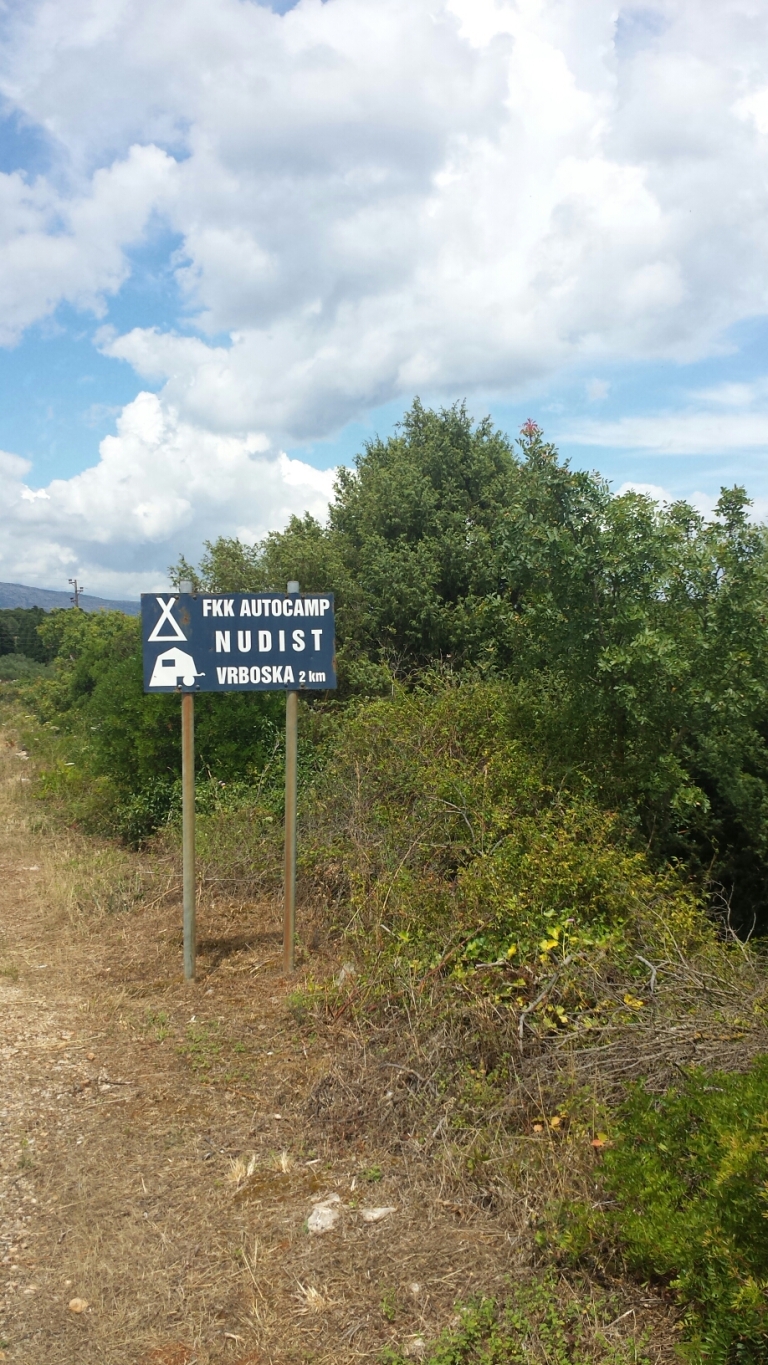 Back at Vrboska, I rode towards the FKK and stopped by a nearby seaside restaurant and beach, where I enjoyed a healthy tuna salad and plenty of hydration.

I made my way back to Jelsa, stopping by an abandoned ruin,  Kastillac, near Palinica Bay. 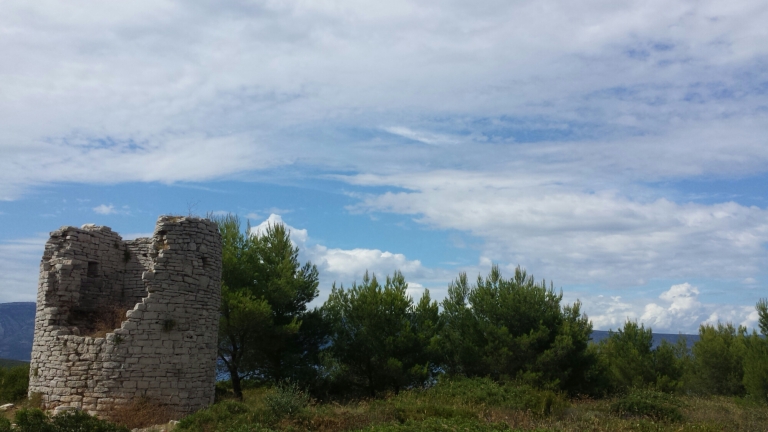 After a feeble attempt to climb said castle,  I hopped back on the bike and happily rode home, but not before enjoying two scoops of hard-earned ice cream! 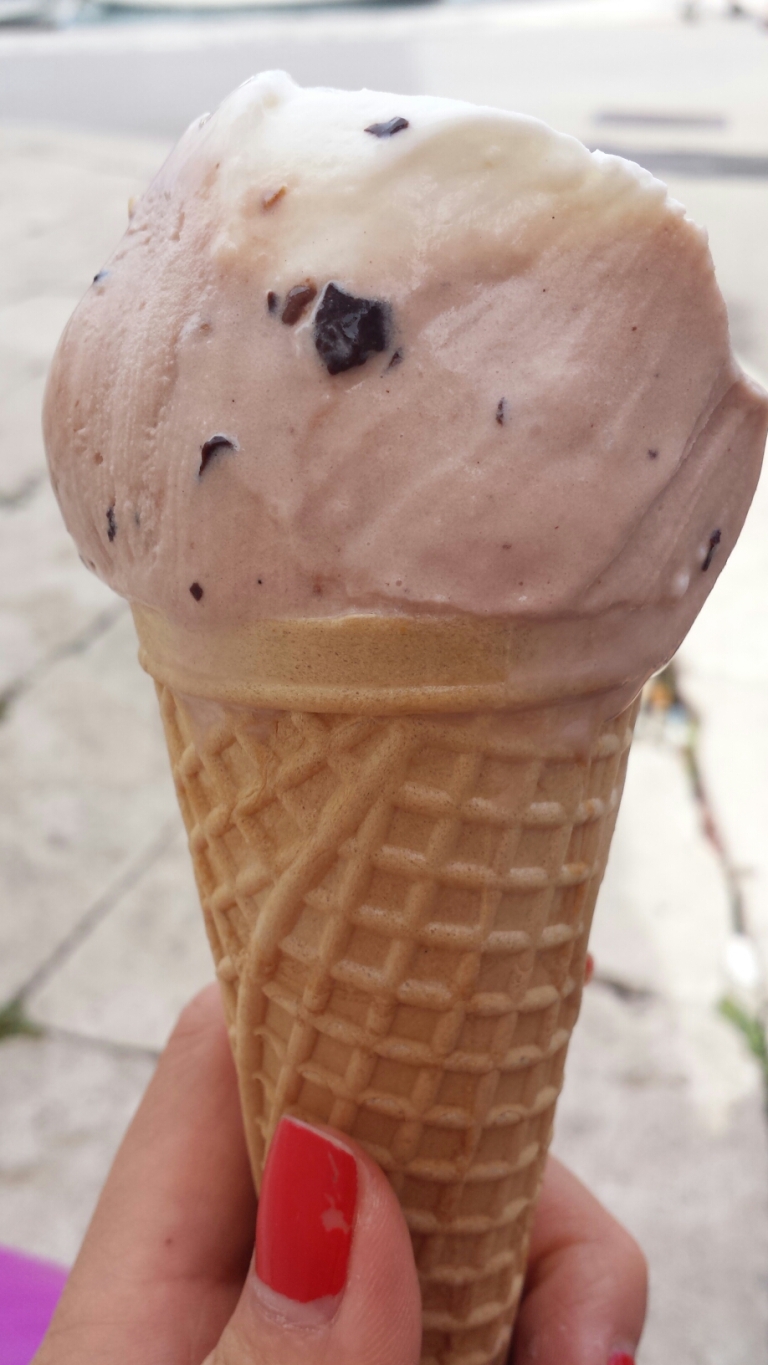